With the summer holidays approaching fast, timeshare owners are suffering from limited availability at their chosen resorts

A long time ago, timeshare owners enjoyed the fact that they could guarantee their holiday in the same apartment at the same time every year. Of course, they had to pay a large fee annually in return.

But over the years, members began to demand greater flexibility. They wanted to choose different resorts and different times of year to go on holiday.

In response, timeshare companies introduced new systems. But there was a big problem with these: they don’t work.

Points-based memberships and floating time should give timeshare owners more choice in where they want to go on holiday and when.

Of course, everyone wants to stay during the peak season. These get booked up fast, and members are left with whatever they can get.

This is hardly ideal for people already paying a large annual fee.

Floating time and points were expensive upgrades, and people felt like they would get more freedom with their holidays.

The thing about timeshare is that you can either enjoy flexibility or certainty, but never the two together.

Paying twice for a single holiday

Members found that they were unable to book their holidays during the high season. Sometimes they would end up having to book a separate holiday, even though they were still paying their annual timeshare fee.

One holiday for the price of two? Not exactly a great deal.

When people complained to their resorts, they were told that they can book up to two years in advance.

But who exactly wants to book a holiday two years ahead of time?

And those that did try to book as soon as the booking lines opened often found that they were too late.

To make matters worse, timeshare owners are now competing with non-members for their “exclusive” resorts.

With sales operations ceasing in Europe, timeshare companies need to find new sources of income. Their solution? Renting accommodation to non-members on sites like Booking.com.

Timeshare owners are angry about this. Weren’t they promised exclusivity?

European Consumer Claims (ECC) receives a lot of complaints from timeshare owners who cannot book the weeks they want when booking with their resort directly but find lots of availability on Booking.com and similar sites for non-members.

It is unfair on them because they have already paid, and now the resorts effectively want to get money from non-members too.

The majority of resorts closed during the pandemic in 2020, and the industry was criticized for its failure to cut annual fees.

Andrew Cooper, CEO of ECC, said: “Clearly timeshare resorts’ overheads were reduced to almost nothing. There was no electricity or water to pay, no staff wages (they were furloughed) and a large number of other expenses were minimised.

Mr Cooper rightly highlights thats, “Resorts basically made a significant profit during the pandemic because they charged the same fees with significantly less outgoings.”

Timeshare members did not get any discount whatsoever on their annual maintenance fees. They were told they could enjoy double accommodation the following year.

But most members knew this would be impossible.

Inventory problems worsened in 2021 because resorts had to stay closed for most of the year again.

Again, members had to pay full maintenance, but they were told they could use their weeks the following year.

Now here we are in 2022, the resorts should be providing triple the number of holidays. But if they were unable to provide sufficient holiday in the pre-pandemic years, things are not looking positive this year.

It is becoming clear that timeshare is completely outdated and lagging miles behind the travel industry.

When people plan a holiday, they want to book a destination nearer to the time they travel. They want the freedom to enjoy new destinations, or even simply stay at home.

People do not want to commit to large annual fees for something they may not even use.

Many timeshare owners believe they are stuck, and they are unable to free themselves from the contract. However, this is not always the case.

Do you want to escape from your timeshare? Then get in touch with a reputable claims firm for some advice.

You can get a free consultation in full confidence by contacting the team at ECC. You can even find out whether you might be able to claim compensation.

← M1 Legal secures £73,600 timeshare compensation award for Wakefield couple According to a timeshare poll, fewer than 5% of timeshare owners are able to book their preferred holidays → 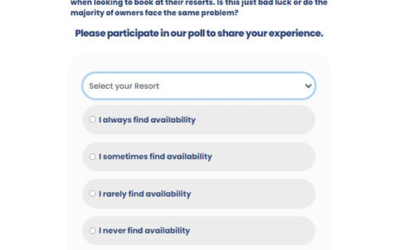 According to a timeshare poll, fewer than 5% of timeshare owners are able to book their preferred holidays

When the Timeshare Advice Centre ran a recent poll about availability when booking timeshare resorts, the results were shocking Timeshare availability poll With all the latest publicity surrounding timeshare owners and their difficulty when it comes to booking their...

END_OF_DOCUMENT_TOKEN_TO_BE_REPLACED 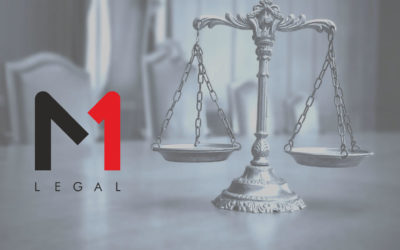 Life changing windfall for Yorkshire timeshare victims secured by Europe's leading firm of timeshare lawyers Huge award Andrew and Olivia (names changed) from Wakefield in the UK were awarded £73,658 by a Barcelona court last week, due to 'lack of...