Since 1999, many timeshare sales operations have ignored regulations put in place to protect consumers from high pressure sales, and this has resulted in courts awarding significant financial judgements against them.  A sector of specialist firms has sprung up to help timeshare owners navigate the Spanish red tape, and overcome the resorts’ (determined) attempts to to avoid paying out these court awarded settlements.

KwikChex and the Resort Developers Organisation (RDO) have been accused of mis-informing timeshare owners that no timeshare claims firm can be trusted, and that all such firms are crooks who will steal your money.

“Like most successful propaganda this a lie based on a little truth,” explains Andrew Cooper, CEO of European Consumer Claims (ECC).  “There are many fraudulent firms out there,  but what the RDO and KwikChex have done is make it seem that every compensation firm is criminal.

“The reality is that there also honest companies, and in fact millions of pounds have already been awarded in compensation.

“However if KwikChex and the RDO can convince consumers that all firms are dishonest then it protects the timeshare industry from having to pay the compensation that their victims are entitled to.”

So why would KwikChex and the RDO want to allegedly mislead timeshare consumers.  Aren’t they impartial?

The RDO and KwikChex are in fact funded by the timeshare industry.  The RDO is funded directly by European resorts for “promotion of the industry” and “Europe wide lobbying” according to their website.  The RDO also admit that they: “fund the Timeshare Taskforce and Timeshare Business Check, which are operated by KwikChex”.  All of theses websites state their financial connections with the timeshare industry.

“KwikChex promote themselves as ‘battling on behalf of consumers’,” explains Robert Salmon, a timeshare contracts expert with ECC, “but when one understands that they are directly funded by the timeshare industry it becomes harder to credit their advice as being neutral or useful to victims of said industry.  Their interest is to protect the industry itself, including from the damage that compensation claims can do them.

“There is an easy way to find out which timeshare claims firms can be trusted and which can’t:  You can contact a neutral timeshare industry consumer association for advice.  They are usually free volunteer services and are happy to help”

2020 has given timeshare members a brutal demonstration of the system’s shortcomings and many of them have had enough.  Members like John and Linda House say they can no longer hide from the fact they paid a lot of money for exclusive access to resorts that Booking.com and Expedia users can now use without any upfront investment or commitment.

Timeshare members have to pay annual fees (usually equivalent to the cost of regular stays in the same resort) whether they use it or not. During the pandemic they have nearly all been charged in full, causing widespread dissatisfaction in existing members and causing new member sales to nosedive.

Timeshare sales have been in decline for years with resorts across the globe closing their sales operations.  In recent years even the biggest are calling it quits.  Diamond resorts have all but ceased new member sales in Europe, Azure and Silverpoint have gone into liquidation, Club la Costa PLC are facing administration, and some of CLC’s Spanish operations are folding too.

Rumours are rife about other big timeshare names being about to close down, and no resort can be considered safe.  Many experts believe that the industry will not be able to survive COVID.

Timeshare owners who used to see KwikChex as a trustworthy information source are expressing disappointment and anger over advice to avoid reclaims firms altogether, rather than admitting that there are both legal and illegal companies.  KwikChex even went as far as aiming attacks at actual independent websites like the Timeshare Consumer Association.

“I read negative publicity on the KwikChex website about the firm I eventually used to help me with own claim,” says Mary W, a 20 year Club La Costa owner.  “I paid £8000 for a 2 bedroom that I no longer need and can’t use.  My research told me that Club La Costa had breached regulations by taking a deposit on the day and the only thing that stopped me making a claim was the KwikChex site.  I was terrified that I would be ripped off.  I wasn’t, I won my claim, I’m now rid of my timeshare and have been awarded a compensation amount.”

Mary, like many other owners feels strongly that KwikChex give off a misleading message.  “They act like they are neutral and are giving impartial advice.  I only understood that they are funded by the timeshare resorts after the claims expert explained it, and showed me on the KwikChex website.  It’s fine that they promote timeshare, but it is not fine that they lead people to believe they are independent.”

“KwikChex and the RDO used to be very vocal about how healthy the timeshare industry is,” says Andrew Cooper, “but since all the big resorts started folding the RDO, KwikChex and their other sites have remained silent.  That is concerning, because if these paid publicity organisations can’t find a way to present the situation in a good light, the inference could be that the industry is in even bigger trouble than it appears.

“The damage that the RDO, KwikChex et al have done to consumers is significant because people who were scared away from claiming compensation they were owed could now find themselves at a disadvantage when it comes to claiming what they are entitled to.

“People who already have claims in the court system will have those automatically included in the resort’s debts in the administration process.  For other people, they have to act quickly or they could find themselves unable to claim at all.”

END_OF_DOCUMENT_TOKEN_TO_BE_REPLACED 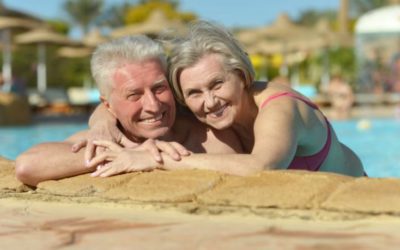