Over £400K awarded in record week for our legal team!

Our legal team secured an incredible record week of 21 favourable judgements in substantive cases with the total amount awarded being £405,825.

In 10 Club la Costa cases, the nullity of the contracts was determined by the lack of information regarding the property and when they could use it plus the contract period. £144,528 total awarded. In these CLC cases the contractual names included; Sucursal, Continental Resorts, Paradise Trading and UK Sucursal España.

In another case against CLC Paradise Trading, the Court of Appeal in Tenerife has turned down the appeal, confirming the judgement in our favor dictated in First Instance and condemning CLC in costs. £9,620 awarded.

In the case against CLC Sucursal & Reymonte Title SL, the judge condemned Club la Costa Sucursal and has convicted Reymonte Title SL. The nullity of the contract was determined by the lack of information (object and period), under the law 04/2012 requirement.£16,940 awarded.

There were three cases against Anfi Sales & Resorts. The nullity of the contracts in these cases was determined by the lack of information regarding the property and when they could use it plus the contract period. £36,111 total awarded.

In the three cases against Silverpoint the nullity of the contracts was determined by the lack of information regarding the property and when they could use it plus the contract period. £81,461 total awarded.

A case against Sunset Beach/Crown Resorts/RCI. This is a very important case, our legal team have won for the first time against RCI for a pure points contract, suing only RCI and it’s front men SSB and Crown Resorts of Isle of Man. We are very happy with this victory as it’s a great precedent for all RCI contracts since in these mass-contracts RCI never appears. The judge considers the contract null and void, first because the cancellation that they provided was not translated and second because it seems that it is not a cancellation but a novation, and you cannot novate what is null and void. This precedent should encourage all those who have a RCI points contractto come forward. £9,977 awarded.

Next, we won a judgment in Denia against Onagroup, but not with the result we wanted. We have sued Intergroup SL and Club Estela Dorada SL, both have been declared in default, but the judge has not surveyed the corporate fleece against Club Estela Dorada SL and has acquitted it, condemning only the first one. Despite having alleged the complete fraud of the Club Estela Dorada who pretended to be another (this time the CED Mundial Club SL), the judge did not want to convict it. This sentence has taken a long time because it was also published by the journal, we will try to execute it against Intergroup in due course. £105,579 awarded

There was one final award against Fairways, the legal team succeeded in getting the judge to condemn two companies located in tax havens outside the EU.

In addition to these substantive judgements the legal team also obtained 11 Jurisdiction Positive Results Valued At £170,534.

There was 7 jurisdiction victories against CLC and 4 victories on appeal. All cases will now proceed to the next step.

Legal firm M1 Legal continued to enjoy success in its fight to hold dubious timeshare companies to account during March 2022. The firm of lawyers, which is based in Malaga, broke even more compensation records during the month. Timeshare victims get justice While laws...

END_OF_DOCUMENT_TOKEN_TO_BE_REPLACED 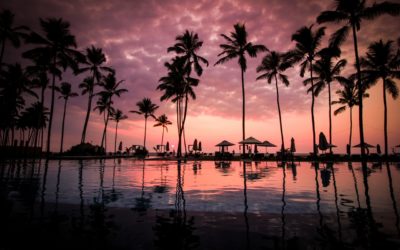 Over £215,000 awarded against timeshare resorts in just one week!

We are pleased to inform you of another record-breaking week from Spanish court victories. M1 Legal secured a fantastic 11 positive results with a total amount awarded of £218,582! The substantial awards are listed below: 1st Court of Instance: Diamond...

END_OF_DOCUMENT_TOKEN_TO_BE_REPLACED

7 Jurisdiction wins valued at over £200,000 along with Anfi & Diamond Awards

We are pleased to inform you of this week’s Spanish court victories. M1 Legal secured 8 positive results with a total amount awarded of £77,134. The substantial awards are listed below: 1st Court of Instance: Diamond Resorts - The judge declared...