Legal firm M1 Legal continued to enjoy success in its fight to hold dubious timeshare companies to account during March 2022. The firm of lawyers, which is based in Malaga, broke even more compensation records during the month.

While laws were set out in 1999 to provide protection to consumers to prevent them from making huge financial decisions with life-changing results while holidaying in Spain, many timeshare companies continued to ignore them.

The journey to the first resort being held to account took 17 long years. That occurred when in 2016, Tove Grimsbo was awarded compensation of about €40,000 after timeshare operator Anfi sold a contract to her illegally that had longevity of over 50 years.

This was a historic win for timeshare consumers. Until it occurred, the timeshare companies had managed to prevent lawsuits from succeeding. The Tove Grimsbo victory was responsible for opening the door to a huge number of claims, the floodgates were open.

Since 2016, timeshare companies in Spain have fought unsuccessfully against expert lawyers who are working with customers who were sold timeshare deals illegally.

M1 Legal (M1) has become the established leader in the field, and the firm has gone on to enjoy great success since it’s first victory 6 years ago.

M1 Legal: getting justice for timeshare victims since 2016

There are many timeshare owners who have been mis-sold over the years, potentially numbering in the hundreds of thousands. They naturally want justice, and ECC works with them to find out how strong their cases are. It then hands over the strongest claims to M1’s lawyers to take the battle to the courts.

M1 has been working hard since 2016 to challenge tactics designed by timeshare resorts in order to cause delays – and winning. Every new success story leads to a quicker claims process.

2022 has seen M1 enjoy many victories, and it is only just getting started.

The head of M1 Legal, Fernando Sansegundo, said: “We are less than 3 months into 2022 and we have already secured 105 separate victories for our clients,” he confirms. “This represents a total compensation award amount of £1,680,082. It is the best start to a year we have had since our inception.”

“Right now, nearing the end of March 2022 we have already broken all previous monthly records,” continues Sansegundo. “There have been 39 court victories since the first day of this month. With 3 business days remaining, the total compensation award number so far is an incredible £573,190.

“That is 39 people who are not only free of their timeshare contracts and annual fee obligations, but were also awarded a financial windfall at the same time.”

March saw some important victories for individuals. For example, an award of £42,987 was awarded to Lynne and Ken D in their legal fight against Club Gran Anfi.

Mark Andrew S was awarded £21,526 in compensation in a claim against Diamond Resorts and Michael W received £38,128 in compensation from Club La Costa. While in a huge victory, Angela and Derek W were awarded an enormous £59,175 in their battle against Marriott Vacation Club,

While many of these clients initially just wanted to free themselves from annual fee commitments, they were more than happy to win compensation on top.

“These are significant amounts of money,” says Fernando. “It’s enough to buy a luxury car, or even add an extension to a house. On average the compensation awards that our lawyers win for ECC/M1 clients is in excess of £20,000.

called Douglas and Linda, called me to tell me they are having the entire inside of their home remodelled. They were so happy speaking to me on the phone. It is calls like that which remind me how lucky I am to do this job.”

The right time to make a claim

“The real hard work in timeshare claims has been done,” explains Fernando.

“The timeshare company lawyers are running out of ways to delay the claims process. Timeshare sales operations broke the law, and modern judges are making them pay.

“People due compensation who apply now face a much shorter wait than people who started their claims back in 2016. If you bought timeshare in Spain, on or after the 5th January 1999, then you may be entitled to financial recompense too.”

Find out today whether you can get help from M1 Legal. Contact ECC now to find out more and discuss your options.

← Timeshare exchange system failures highlighted by COVID and Ukraine war Why can’t other timeshare companies be as honourable as Marriott? → 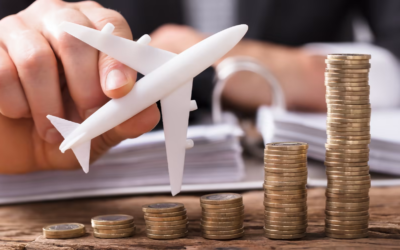 Spain is a top holiday destination for Brits, but that might be changing soon due to recent changes in the conditions for holidaymakers that may see tourists choose other destinations instead. But that’s not so easy for timeshare owners… Accommodation costs rising A...

END_OF_DOCUMENT_TOKEN_TO_BE_REPLACED 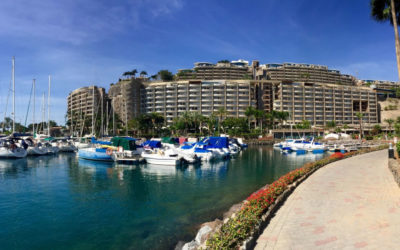 END_OF_DOCUMENT_TOKEN_TO_BE_REPLACED

According to a timeshare poll, fewer than 5% of timeshare owners are able to book their preferred holidays

When the Timeshare Advice Centre ran a recent poll about availability when booking timeshare resorts, the results were shocking Timeshare availability poll With all the latest publicity surrounding timeshare owners and their difficulty when it comes to booking their...