More Victories from Our Legal Team

We received favourable judgements in two cases against Anfi Sales & Anfi Resorts, together they accumulated £29,796 in monies awarded.

We also had six more victories against Club la Costa, contractual names including Paradise Trading, Continental Resorts and Sucursal. In total, these six cases amounted to £88,908 in monies awarded.

The case against Majexo took place in Tenerife, where £10,120 in monies were awarded. The contract was declared null because it doesn’t meet the requirements of the law. Majexo has to reimburse double the amount of the payment made in the cooling off period.

In the case against Ecomar Continental & Leisure Dimensions which was also heard in Fuengirola court, Ecomar Continental SL was already dissolved and therefore didn’t reply this claim, so the judgement is made by default for this opposing party. Leisure Dimensions presented their defence. The judge considered that both companies are solitarily liable, and the contract is null under the law 42/1998. The outcome of this case was £14,290 in awards.

In addition to these substantive victories, we’ve had 10 further favourable jurisdiction judgements against CLC and one against MacDonald this week. 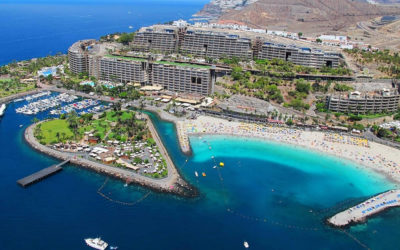 END_OF_DOCUMENT_TOKEN_TO_BE_REPLACED

We are pleased to inform you of this week's Spanish court victories. M1 Legal secured 4 positive awards with a total value of £48,430. We had 1 substantive this week: 1st Court of Instance: CLC World - In court No.1 in Fuengirola, the judge declared the contract null...

END_OF_DOCUMENT_TOKEN_TO_BE_REPLACED

We are pleased to inform you of this week's Spanish court victories. M1 Legal secured 7 positive awards with a total value of £133,804 which is an average claim amount of £19,114. Here is a breakdown of the substantive cases: 1st Court of Instance: Marriott - The...