2022 Set to Be a Record-Breaking Year for M1 Legal

It’s been a great year for M1 Legal, which is looking to break its records by the end of 2022

For many years, timeshare companies in Europe have been ignoring laws designed to protect consumers from unfair practices.

Laws were introduced in Spain in 1999 to prevent high-pressure sales tactics being used along with other practices.

But due to the complex Spanish legal system, many resorts realised that timeshare owners would simply be unable to take them on because of a lack of legal knowledge.

ECC began to filter out the strongest cases, and M1 then took care of the legal process to help them get justice.

A year of big victories

The head of M1 Legal, Fernando Sansegundo, said: “Every year we grow and achieve more victories than the year before. By August we had already reached 250 court victories on behalf of our clients, which is several percentage points up from the record set last year.”

M1 Legal won £4.1 million in compensation awards for timeshare victims in the first seven months of the year alone, according to Sansegundo. It is currently set to reach £6.2 million by the end of the year, making it another record year.

Biggest wins from resorts so far

Sansegundo says that M1 has achieved victories for timeshare victims from many timeshare companies.

This includes the resort that was most penalised, CLC World. During the year, M1 has helped victims to win £2.1 million in compensation awards over 116 successful cases.

Other resorts that M1 has had success with include:

£578,000 in compensation awards was also shared from several smaller resorts.

The average compensation award is about £20,000 however, there are many that exceed this. The gold, silver and bronze awards in 2022 so far go to:

Sansegundo says that calling a client to tell them the news is “one of the greatest pleasures in my job”.

The larger payouts really can be life changing. For a lot of clients, they simply want to escape their memberships however, when they discover they have “been awarded tens of thousands of pounds as well, sometimes they can barely speak for joy”.

Could you make a claim?

Every case is unique, but many people are able to escape their contracts and claim compensation with specialist legal assistance.

ECC will initially filter out the strongest cases and then hand it over to specialist timeshare law firm, M1 Legal who will then process the claim. This helps M1 to maintain their 98.6% success rate and helps to prevent people with weaker claims wasting money taking legal action that would be less likely to achieve results.

Find out whether you have a claim by getting in touch with ECC. You can speak with a consultant – it’s free and confidential – to find out more.

← Courts re-open with £161,000 in positive judgements in just one week. Cost-of-living crisis makes things a lot worse for timeshare owners →

Timeshare maintenance fees are already out of control, and they are about to see a significant increase in 2023 ECC’s prediction At the beginning of 2022, our experts predicted in several articles that timeshare companies would soon start increasing their annual fees....

END_OF_DOCUMENT_TOKEN_TO_BE_REPLACED

The timeshare industry is getting ready for a huge exodus of members as the cost-of-living crunch worsens. Crisis taking its toll With the cost of living crisis taking its toll, many people in the UK are realising they must change their holiday habits. But timeshare...

END_OF_DOCUMENT_TOKEN_TO_BE_REPLACED 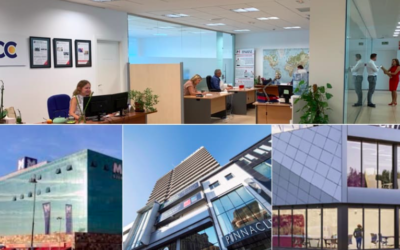 Are ECC legitimate? European Consumer Claims (ECC):  One of a tiny number of timeshare claims firms that can be trusted with both relinquishments and compensation claims.   How do we know this?  The...