Barclays Partner Finance has been under fire for loans given to timeshare buyers in Malta, processed by now defunct company Azure. Consumers claim that they were pressured into purchasing timeshare, and that the commission only sales people were also the officers who handled the loan application process.

Allegedly, standard affordability checks were ignored and customers were said to have been given advice on splitting loans between them to guarantee approval. Furthermore, while one Azure company (Azure Resorts Ltd) were licensed by the FCA to handle loans, the Azure employees processing the loans were working for a different Azure entity (Azure Services Ltd), who were not FCA licensed at the time.

The people processing the loans were neither licensed nor qualified to do so.

“This ruling gave people a refund of their interest,” says Stoyanova, who cooperated with leading timeshare claim European Consumer Claims (ECC) on the case. “I and Andrew Cooper (CEO of ECC) felt this ruling didn’t go nearly far enough. The people sold those loans have had their lives turned upside down. There are reasons for regulations governing loan applications. Those reasons are to protect consumers.

“We felt that these loans should be nullified completely, all payments paid so far should be refunded, and we wanted to push for interest to be paid to the loan recipients on any payments they had made so far.”

An appeal was launched funded by ECC. “Adriana was the driving force,” says Andrew Cooper. “She showed true grit and determination, basically taking on the mighty Barclays Partner Finance by herself. It was a daunting task, and one which privately, many people may have considered impossible given the resources available to BPF.”

The appeal hearing was due to take place in the Upper Tribunal towards the end of 2021. Adriana was working weekends and late into the night researching and investigating the case. Cooper and ECC helped her as much as they could.

As reported by the Financial Times on June 18th 2021, BPF decided to give up the fight. They agreed to refund all loan payments made to date, to pay 8% simple interest on the refunds, cancel the loan agreements themselves, and remove any negative notations on the consumers’ credit files in relation to the loans. A total of £48 million plus interest.

BPF even confirmed that they consider any further claims where customers felt that they suffered addition loss or inconvenience because of this issue.

“This is a huge win,” says Stoyanova. “It is everything we have fought for, and I have to thank Andrew Cooper for his huge goodwill in providing resources for me to take on BPF, and for showing faith in this impossible seeming ‘David vs Goliath’ challenge.”

Will you be getting your money back?

If you are an Azure owner who had a BPF loan between 01/04/2014 – 24/04/2016, then the latest decision made by BPF will mean that you should be entitled to receive a refund of all payments made plus 8% interest. If you do not hear from BPF regarding your refund within the next 60 days, please contact us.

Hope for even more loan victims

This win will have wider ramifications, and many more timeshare loan recipients could be affected. If you had a BPF loan before the 01/04/2014 or after 24/04/2016, please contact us immediately. 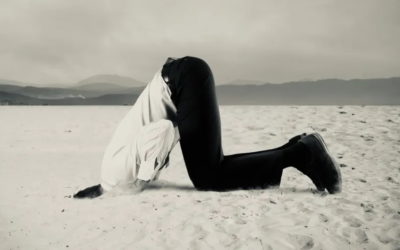 Following the recent, stunning High Court victory over Club La Costa (CLC), in which administrators BDO were replaced by the creditors' preference FRP, the RDO have attempted to present another victory, but on behalf of CLC.   Actual victory...

END_OF_DOCUMENT_TOKEN_TO_BE_REPLACED

With reference to an email sent by Club la Costa on the 30th July and published on the Resort Development Organisation (RDO) website, we would like to inform you that this information is a twisted version of the real position and is only intended once again to...

END_OF_DOCUMENT_TOKEN_TO_BE_REPLACED 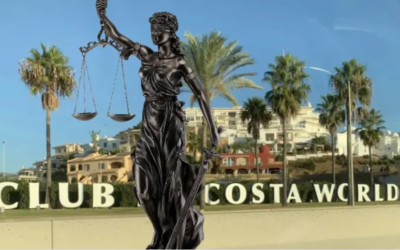 Successful High Court application as administrator BDO replaced, in timeshare giant Club la Costa’s ongoing administration scandal In a huge win for owners who claimed against Club La Costa, who are owed an estimated minimum of 47 million pounds between them, the UK...